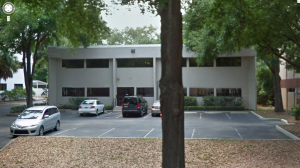 Exodus President Alan Chambers called a meeting together this past November 16.  The subject was quite simply how to keep Exodus International from social and financial oblivion.  In attendance were Exodus leadership, prominent religious leaders (such as Gabe Lyons) and lay people.  The latter were mostly those who once counted themselves in the ex-gay camp but now are either in the process of changing their views or are fully gay affirming.

We had been following odd activity at Exodus for some time.  It was clear that something was up but only after being contacted by some of those directly involved did our speculation clarify into fact.  The past couple of years have seen Exodus cut it’s staff, lose key alliances, and suffer from a general moderation in American views toward homosexuality.  So difficult has this been for them that they have increased efforts abroad where there exists less formal opposition to their message — that living a gay affirming life is sinful, wrong and unhealthy, and change is the only way to truly please God.

Three years ago, Exodus purchased a building for a little over $1.1 Million.  This was at the height of the real estate bubble and it’s value must have decreased significantly since.  While they seem to have shed as many of their obligations as possible, debt service for that building must be a great draw on their meager resources.  According to IRS documents, they burned through $200,000 of their savings in 2010 alone.  In short, if they continue on their current trajectory, there seems little doubt that Exodus will fold in the near future.

Knowing this, Chambers called the New York meeting together and posed the question, “how can we save Exodus?”  Unfortunately for those of us who might have a glimmer of hope to the contrary, this plea does not seem to be based on any deep, inner change of heart or ideology.  According to first person accounts, the emphasis was on how to make Exodus more “donor accessible.”  The meeting was filled with the modern lingo of those who advise on the solicitation of charitable funds.  This is about money.

Chamber’s apparently wishes to “re-brand” Exodus into something more palatable to those with funds to give, and the general public alike.  According to our sources, Chambers said that “everything is on the table.”  That everything apparently includes the possibility of his resignation.  It was also clear from the meeting that this is their last resort, their “Hail Mary” so to speak — they’ve tried everything else.  Indeed, it seems certain that Chambers would have made pleas to anyone he knew with money before taking this drastic action.  And we’ve all seen the odd inconsistencies apparent in their public face.  Exodus is an organization fumbling for a solution.

Chambers mentioned how struck he was by the response to John Smid’s recent change in direction, particularly his apology.  He seems to think that doing something similar might be one way that Exodus could gain some positive attention.  Don’t forget, everything is on the table.  We have confirmed that Smid has been in contact with Chambers recently, and has plans for more discussions in the future. It has been our understanding that there is no love lost on Smid by Chambers, so any future corroboration would likely have a more practical basis.

While more detail may come in a future post, we know that Chambers plans to make some announcements at the Exodus Leadership Conference in January, 2012. Speakers unusual for such an event have been invited, along with a church communications expert who was also present at the meeting.  It may be through their voices that Chambers will frame the plan for re-branding Exodus.

It will be after this conference that Exodus announces whatever it is they decide, presumably some sort of apology which allows them to maintain their core ideology, while claiming to have gone about expressing it badly — too much truth and not enough grace, etc.  Perhaps they will take on the name of the title holding company they created when they purchased the building, The Worthen Legacy Group.  Chambers seems to be enthralled by The End of Sexual Identity lately, so that might also provide a clue to their new direction.

Our sources would speak on the record only on condition of anonymity, however after cross-checking we feel confident that what we have chosen to report is sound. We agree with their reasons for wishing to remain anonymous, at least for the time being.

In the coming months when you hear of changes from Exodus, or some event that seems heartfelt and spontaneous, or whatever this re-branding may eventually consist of, remember what got the ball rolling — money.