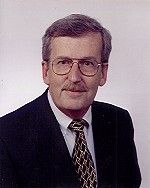 Exodus president Alan Chambers has just notified members that Alan Medinger has passed away.  Medinger was once himself executive director of Exodus International, and president of ex-gay ministry Regeneration.  Medinger was an established figure in ex-gay circles.  He authored the familiar title Growth Into Manhood and believed that homosexuality was a disordered condition which could be healed.

In an article written for Exodus in 1995, Medinger wrote:

Homosexuality took form out of our response to pain — most often the pain of rejection, abuse, or low self-esteem. The patterns of behavior and thinking that led to our homosexuality were patterns of self-protection from these pains. Having experienced pain early in life, we became determined never again to allow ourselves to be in a position where the painful experiences could be repeated.

This is basically reparative theory as championed by Joseph Nicolosi.  In another article (PDF), Medinger wrote:

We don’t choose homosexuality, but I am convinced that most of us made wrong decisions—often sinful decisions — that set us on the path towards developing same-sex attractions.

And as XGW writer Emily K has written, Medinger left the Episcopal Church in part due to their opposition to the evangelizing of Jews.