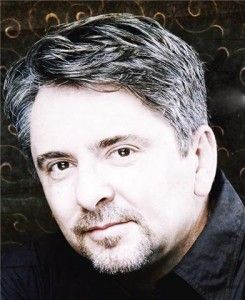 Two days ago we reported on media reports from Jamaica following a visit there from Exodus board vice chairman Dennis Jernigan.  Jamaica is a particularly violent place for gay and lesbians.  Jernigan’s visit and statements while there were used in support of their anti-sodomy laws.  The US, Great Britain and others are apparently trying to persuade Jamaica to address the basic human rights issues involved with this issue.  Jernigan criticised President Obama, and expressed support for the developmental view of homosexuality, basically that it could be prevented if “fathers did their job.”

Readers will note that this sounds frighteningly familiar to the Uganda incident in 2009, when Exodus board member Don Schmierer visited that country for a conference titled “Anti-Homosexuality Conference of 2009.”  Exodus’ lack of response for nearly a year and a half, and their statements up to that time were seen, rightly we think, as intensifying the already considerable danger to gays and lesbians in that African country.  The blogosphere, and the mainstream media, served their function by holding Exodus accountable.

Exodus’ response to this most recent incident has been quite swift, and decisive. They are an organization in turmoil, a process of changes, the true nature of which is the subject of considerable debate.  The same day this and other blogs reported on the incident in Jamaica, Exodus posted a new policy concerning the criminalization of homosexuality.  Now they have issued a press release where Alan Chambers takes full responsibility for the actions of their board, staff and affiliates.  They have also accepted Jernigan’s resignation.

Orlando, Fla—Exodus International, the oldest and largest Christian ministry dealing with homosexuality, released a new policy statement on the criminalization of homosexuality. While the ministry has long held this perspective, they felt compelled to release a written statement in light of Exodus Board Vice Chairman, Dennis Jernigan’s, comments to the media in Kingston, Jamaica.  Exodus board member, Don Schmierer, experienced a similar collision with the media on a trip to Uganda in 2009.

“Dennis Jernigan recently traveled to Jamaica to share his testimony and lead worship at a number of venues,” said Alan Chambers, President of Exodus. “While there he was thrust into a media firestorm and asked to comment on President Obama’s threat to issue sanctions against Jamaica for their laws concerning the criminalization of homosexuality.

“Dennis shared his belief that President Obama is deceived about homosexual behavior and the biblical morality of it.  Dennis assured me he is not for the criminalization of homosexuality, and he will release his own statement on this matter. However, Jernigan offered this immediate response ”:

“I believe my heart and intent were misconstrued and therefore, may have harmed Exodus’ mission of ministering to those struggling with same-sex attraction (SSA). To that end, as of this moment, I step down as Vice Chairman of Exodus.”

Here is an excerpt of the Exodus policy statement, also supported by its Board of Directors.

We will not support any legislation that deprives others of life and dignity based on their sexual orientation or the expression of such within the confines of a consensual adult relationship.  Finally, we stand with the LGBT community both in spirit, and when necessary, legally and physically, when violence rears it’s head in Uganda, Jamaica or anywhere else in the world.

Chambers is working with the Exodus International Board and staff to craft strong statements, policies and procedures that will ensure their position on life-impacting issues such as this one.

“It is our resolution that unfortunate incidents like this do not happen again in the future,” said Chambers. “As president of Exodus International I take full responsibility for any board member, staff member or ministry affiliate’s ignorance of global issues, especially as they travel. I will make it a priority to keep all who are professionally affiliated with Exodus apprised of the nations where legislative initiatives or laws clearly violate our policy opposing criminalization of homosexuality.  We will also craft a policy for our ministry that prohibits our involvement with groups and nations that violate our policies.”

A decisive and swift response was needed and they gave it.  One can argue, rightly we believe, that much of this should have been addressed after the Uganda incident so that another never happened, but failing that, credit must be given for this response.  It was the right thing to do and they did it.