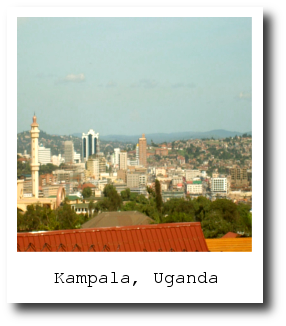 There is much to criticize about the freakish conference taking place in Kampala, Uganda the past few days.  Several blogs, including this one, have done their best to sift through the mess.  Chief among those who are providing information on the scene is Victor Mukasa, blogging for the International Gay and Lesbian Human Rights Commission (IGLHRC).

Despite the odious rhetoric and violent imagery brought to the table by Scott Lively, the fallacy of “preventing homosexuality” and blaming a parent contributed by Exodus’ Don Schmierer, and the predictable babble coming from International Healing Foundation’s Caleb Brundidge, the following stood out to us as perhaps the most disheartening bit of all.

A film was shown during the session before lunch featuring “ex-gay” Americans testifying about how they were “cured” of homosexuality. All described abuse and violence in their families during childhood and poor relationships with one of their parents. All were “born again Christians” who had “healed” from homosexuality.

Participants were shocked to hear such testimonies for the first time. They asked questions like, “How long does it take for one to heal from homosexuality?” and “Does it hurt?” One of the “ex-homosexuals” on the film testified that he had a poor relationship with his father. This led him to wanting to be with men looking for a father’s love. After the film one participant asked, “If he was looking for a father’s love from men, how did those relationships turn sexual? Would he have become sexual with his own father had they had a good relationship?”

One is hard pressed to read those responses to the movie without a degree of empathy and sorrow (does it hurt?) — they really believe it, that there is a “cure” for being gay. What is more, they trust that this group can deliver it.  What happens when they realize what “change” really means?

It is hard to imagine that this population, dealing so desperately as they are each day to sustain their lives, is prepared to do the mental gymnastics required to put themselves in an Exodus style, ex-gay frame of mind. Nor is it likely they will be satisfied with a “simulated heterosexuality” filled with the familiar but subtle newspeak, “not gay-identified,” “ex-gay,” etc.  It’s almost certain, however, that they become well acquainted with the “struggle” part.

So what will the lives of these unfortunate Ugandans be like after they come to the realization that they have misplaced their trust?  And what of those who have willingly come forward and identified themselves as gay in order to be “healed?” The public and personal turmoil this will cause in that small country, which already jails homosexuals for life, should itself be considered criminal.

Now what we are discussing here is obviously the kernel of what is detrimental about ex-gay organizations in the US or anywhere else.  Watching it unfold in Uganda,  however, has provided focus for this writer — a microcosm of the entire issue, and a realization that makes one want to yell “stop!”

Exodus President Alan Chambers was notified of the reputation and history of the major speakers at the conference at least eight days ago in a letter exchange started by BTB‘s Timothy Kincaid, and through a number of personal emails from this writer as well.  His response, when he gave one, was vague and off the record.

Chambers has received copies of our current information about the conference and phone service is certainly available between Orlando and Kampala.  We strongly advised him to tell his board member, Schmierer, not to participate, and to make a swift, bold, unambiguous denouncement of all that is going on there, including a call for the decriminalization of homosexuality in all countries.

So far we have heard nothing from Chambers, but plenty from Schmierer. We would submit that Exodus’ window of opportunity to turn this around in any meaningful way has closed.  If our experience is any indication, they are taking this time to craft a statement of some sort that will keep them in good stead with their hard-line donors, avoid action against Schmierer and at the same time make some sort of generic statement on rights.  Saying one thing while meaning another is always more difficult and therefore takes more time.