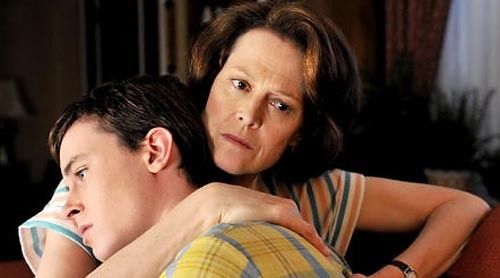 At the end of this past January XGW noted the deafening silence made by Exodus while the movie “Prayers for Bobby” was being prominently featured in both mainstream and gay-specific news outlets. It was critically acclaimed and drew in millions of viewers for Lifetime, a mainstream cable network. An open thread featured here generated responses from people genuinely affected upon viewing the movie. But you could have heard a pin drop over at the blogs of the Exodus leaders.

For those who don’t recall, “Prayers for Bobby” is a book, based on the true story of Bobby Griffith, that was made into a movie about a young gay man who commits suicide when he can no longer endure his mother’s and community’s religious intolerance. Up until his death, Bobby’s mother Mary refuses to “give up” on her son, whom she takes to a Christian psychiatrist in an attempt to “heal” him, and fervently prays for his release from homosexuality. Her attitude changes after she is struck by the tragedy of her son’s death, and becomes an active supporter of LGBTQ equality. Prominent in the story is conflict between the acts and attitudes Mary engages in out of “love” for her son, and how “loved” Bobby truly feels.

“What do I say to my gay loved one?” asks Mike Ensley, as he prepares to answer in an article, published February 24th on the Boundless Webzine. Ensley worked for years as Exodus International’s “Youth Consultant,” until his recent layoff from the organization. Mary knew how to love her gay son: He may or may not have seen his behavior as sinful, but his perceived homosexual identity, in his mind, was independent of behavior. While she knew his belief to be in error, it was “right” to him. He was hurt and broken and needed the touch of the great physician, Jesus Christ.

Actually, those aren’t the words of Bobby’s mother. They’re the words of Exodus International. They’re part of a response to the question, “My friend says if I really love him, I’ll accept his homosexuality. Is that true?”

You need to be prepared for the person you love to hate you. They will probably insist that it’s you who hates them. This is their last line of defense against the truth, and it’s a strong one.

The culture we live in tells the gay person that you are the reason they are unhappy. It’s your refusal to celebrate homosexuality that is responsible for pretty much everything that goes wrong for them. Even when you refuse to debate or argue, even when you open your home and your heart to them, your love may be counted as hate.
…
We must continually pray for the Spirit to melt the hearts of the people we know — and to keep ours soft, fresh and resilient.

The most unsettling thing in Ensley’s article is the idea that he “knows” what’s best for a gay person even should a gay person insist otherwise; he “knows” how a gay person really feels even when they say they’re “at peace” with their Christian faith and their sexuality.

Another common quandary I’ve seen is when a person claims to be “at peace” with living a gay life and simultaneously professing faith in Jesus. Sometimes that person will even tell you they have gone before the Throne and been given God’s blessing for their gay identity and/or relationship.

You see, the “peace” a gay Christian will claim to have is not really “peace.” They might think it’s peace, but it really isn’t. It’s really just a “double-minded” rationalization they have concocted, and it is very “fragile.”

The truth is that people can find ways to be happy on either side of the fence; what really makes a person miserable is being double-minded. These are the people who know they can’t deny the truth expressed in Scripture, yet also refuse to let go of their on-again, off-again romance with sin. However there’s a natural relief a person experiences when any internal conflict has been settled.

Split devotions lead to instability. Resolve — whether it’s to do wrong or right — brings relief. That relief can easily be mistaken for holy peace — especially by someone who desperately wants it to be just that.

The difficulty then is being the person who disturbs that fragile calm. Now, I’d never tell a gay non-believer that they weren’t really happy. But if a person is claiming faith in Jesus, and it’s someone you are in relationship with, you can’t be silent. To just go along with it would be to disregard the duty that Christian love calls you to.

Knowing what’s better for others and telling them how they’re wrong and not really at peace even if they insist otherwise is tough job, but somebody’s gotta do it.

In short, Exodus International’s attitude towards Bobby Griffith – and all gays who are sexually honest – is the same as Mary’s was until he took his own life in response. So it’s understandable that the veneer of “love and compassion” they’ve worked so hard to show the public would begin to crack if they told the truth about their opinion of a movie that demonstrates such an attitude has – and still can – result in a loved one’s death.