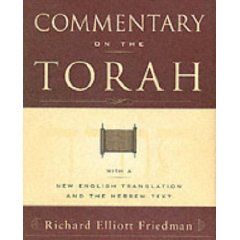 The current economic situation has affected every individual, business, and organization in America – including ex-gay organizations. I recently even received a newsletter from Jews Offering New Alternatives to Homosexuality (JONAH), virtual tzedakah box in hand. This is the first JONAH email I have ever received after more than a year of scrutinizing them, as well as being in contact a couple of times by email – while courteous, they were (understandably) not exactly welcoming of me. They know I’m not a friend to their organization; I can only assume one of two things: That they sent me the email by accident, or that they are so desperate for donations that they are even reaching out to people who actively oppose their cause. XGW has reasoned that groups like Exodus – which only a month ago laid off one of their high-profile employees – are not only feeling the economic chill, but are also feeling the effects of changing attitudes. This does not just apply to gays as a segment of the human race, but to scripture as well. I am heartened to say that I have found such a changing attitude in my local bookstore.

Jews don’t “read” the Torah. We study the Torah. That is why books like Richard Elliott Friedman’s Commentary on the Torah are so crucial to Jewish spirituality: They take the words of the Torah (known to Christians as the first five books of the Bible – the Books of Moses), held to be of Divine influence and written in the language of Men, and help the reader of those words to understand. Each Torah portion, or parashah, might only be a couple of lines. But the interpretations of a single portion might be several paragraphs. Studies like Friedman’s are part of a rich tradition of Jewish Theology. The main point that separates Jewish from Christian traditions, despite use of the same text, respectively, is not Jewish rejection of Jesus as an authority but rather the implementation of such ancient texts as the Mishnah and the Talmud – whose authority Christians reject.

I knew I wanted to buy a Torah Commentary book when I was in the bookstore. How did I decide on Friedman’s text? I went straight to the passage that is most difficult for gay Jews and Christians: Leviticus 18:22. Upon reading Friedman’s response, I knew I had found my purchase.

In the present state of knowledge concerning homosexuality, it is difficult to justify its prohibition in the Torah. All of the movements in Judaism (and other religions) are currently contending with this issue. Its resolution ultimately must lie in the law of Deuteronomy that states that, for difficult matters of the law, people must turn to the authorities of their age, to those who are competent to judge, and those judges must decide (Deuteronomy 17:8-9).

This opens up a wealth of possibility in bringing the wisdom of Torah into the modern age. Instead of shunning one another as “unbelievers” of a sort, religious leaders and secular leaders can work together.

Friedman also adds his own personal view of the verse: “In my own view, the present understanding of the nature of homosexuality indicates that it is not an “offensive thing” (also translated “abomination”) as described in this verse. The Hebrew term for “offensive thing” (“toevah”) is understood to be a relative term, which varies according to human perceptions.” His example of this relativity is Genesis 46:34, in which the Israelite Joseph tells his brothers that “any shepherd is an offensive thing to Egypt”- but shepherds are certainly not offensive to Israelites, his own people. Friedman then makes a very bold move, declaring the commandment all but obsolete:

In light of the evidence at present, homosexuality cannot be said to be unnatural, nor is it an illness. Its prohibition in this verse explicitly applies only so long as it is properly perceived to be offensive, and therefore the current state of the evidence suggests that the period in which this commandment was binding has come to an end.

Another important note he makes is the fact that female homosexuality is not explicitly condemned in the Tanakh (what Christians refer to as the “Old Testament.”) He postulates that because the Torah comes from a world of polygamy, in which a man was allowed to marry more than one woman at a time, he subsequently was also allowed to have sex with more than one woman at a time. In this situation, forbidding female homosexuality would have created more complications that would have required additional laws of contact regarding such physical relations. Such laws do not exist in the Holiness Code. Any condemnation of female homosexuality by Jews comes from additional writings from the Oral Torah, which Christians do not follow. Christians have no basis for assuming that this particular Levitical law applies to women as well as men – because it clearly does not.

Friedman’s take on Genesis 19, which contains the story of Sodom and Gomorrah, is equally eye-opening. Translation here is crucial. Genesis 19:5 says that the people came to Lot’s house where the strangers were residing and demanded they come outside so that they could “know” them. “Know” is translated correctly to imply sexual action. Friedman explains further:

The word “know” sometimes has the meaning of sexual intimacy…That is how it is commonly understood in this passage: the people are threatening sexual abuse of the guests. This is possible, and even likely (in light of a parallel story in Judges 19). But this episode is also commonly understood to be about homosexual rape. I see no basis for this whatever. The text says that two people come to Sodom, and that all of the people of Sodom come and say, “let’s know them.” The homosexuality interpretation apparently comes from misunderstanding the Hebrew word “anasim [ah-nah-SEEM]” to mean “men,” instead of “people.”

One common defense of this passage from anti-gay theology is that it is about rape and not about sexual love, such as expressed by Adam and Even “knowing” one another earlier in the book. So even if it is homosexual rape, rape is rape – one would certainly not equate heterosexual rape with the sanctity of heterosexual love-making: the same is said about homosexual rape vs. homosexual love-making. Friedman eliminates all possibility of strictly homosexual relations in his commentary by eliminating solid gender representation. In doing so, he eliminates any need to “defend” this passage, and in my opinion, clears the way for a much more meaningful understanding of Lot’s story.

As with all Torah commentary, Friedman’s is not the end-all-be-all. But it is this flexibility in Jewish theology that allows for resolutions such as the one reached by the Conservative Jewish movement of America, that both condemns and welcomes openly gay members of its community, depending on the preference of each rabbi and congregation.