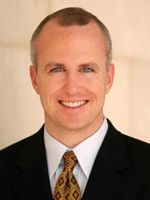 Exodus President Alan Chambers is experiencing some confusion on the existence of a gay gene.

In New Man eMagazine this week, Chambers says that his response to the gay gene question is an “unequivocal … I don’t know,” yet only weeks earlier he told a radio host that “the only thing that we do know at this point in time is that [homosexuality] is developmental.”

Why the softening? Chambers would not be the first evangelical to steel himself for the possibility of a gay gene (and in fact he has done it before, in his 2006 book God’s Grace and the Homosexual Next Door). In 2007 Southern Baptist leader Al Mohler acknowledged the mounting evidence for a gay gene, going on to suggest that babies could be genetically modified in the womb to prevent homosexuality. A few months later, Exodus colleague Randy Thomas declared that a genetic component to sexuality was “no big deal.”

If a gay gene were found, would Chambers go as far as Mohler in suggesting prenatal treatment to prevent homosexuality? Logically, why wouldn’t he? In preparing for the possibility of a gay gene, Chambers does not hesitate to compare homosexuality to all manner of disease and genetic aberration:

Many things have been proven to have genetic influences: cancer, obesity, alcoholism and rage to name a few. … Just because something is genetic doesn’t mean it’s healthy, optimal or moral. The answer to the question of whether homosexuality is morally right doesn’t hinge on genetics. Similarly, gay rights should not be advanced on the basis of the genetic outcome or theory either.

Which is true, of course. Proof of a gay gene would no more make homosexuality right than proof that homosexuality is developmental would make it wrong. But the logic remains that if being gay is genetic and wrong, why not support prenatal preventive treatment, as Dr Mohler suggested? In 2007, Alan decried the notion – but on what basis? If there were a prenatal treatment for propensity to cancer or heart disease, would he reject that? Why then one and not the other?

But our biggest beef with Alan’s words remains. If the genetics of homosexuality are still a big “don’t know” to him, why did he lead Chris Fabry and his audience to believe he was certain it was developmental?