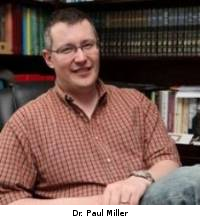 Increasingly irrelevant in the US, the National Association for the Research and Therapy of Homosexuality (NARTH) has created a new division to spread their views abroad.  The International Federation for Therapeutic Choice (IFTC), while it sounds formidable, appears only to be a new Yahoo group to which members are privy after paying the usual $65 per year to join.  Though NARTH claims membership of over a thousand, former members have estimated less than 200 are actually professional therapists, with the rest made up of pastors, activists and just plain everyday people.  With less than 50 in attendance at their last annual meeting, NARTH may be feeling a bit pale.  Their central figure, Dr. Joseph Nicolosi, has been appointed by the NARTH board as the director of this new division. It is important to note that NARTH always appoints their own officers; the president, for instance, is never voted on by the membership.

As the population of the US becomes more educated about the facts surrounding GLBT issues, there is less willingness to accept the junk science of reparative therapy here.   New incursions by Exodus into countries which have had less experience with these issues seems misguided at best.  And as if to compound arrogance with error, NARTH is commonly used as an example of the “science” behind what is essentially religious dogma in these presentations.

It would appear that the creation of the IFTC is in keeping with this new attempt to grow ex-gay organizations and thought abroad. The NARTH member designated as their IFTC representative in Ireland is none other than Dr. Paul Miller.  Dr. Miller advises Iris Robinson, the wife of the First Minister (Northern Ireland). Robinson has achieved notoriety of late for her comments concerning homosexuality.  Dr. Miller, it turns out, trained under the embarrassing Richard Cohen, and holds his work in high regard.  Miller organized a seminar for Cohen as recently as 2007, and currently recommends his book, Coming Out Straight, on the website of his nonprofit, ABEO.

Also on Miller’s website, he lists NARTH along with Jews Offering New Alternatives to Homosexuality (JONAH) and, oddly enough, The Mankind Project and People Can Change (the latter is an ex-gay program based on MKP principles).  JONAH is a close ally of NARTH — their president, Arthur Goldberg, is NARTH’s executive secretary.  The Mankind Project and affiliated programs have been recommended by Nicolosi as a way to assist those seeking to change from gay to straight “heal old wounds” and become more masculine, more manly.  Recently sued for alleged culpability in a suicide, MKP uses rather odd methods to say the least.  XGW has also reported on recent distortions by People Can change.

It would seem that Dr. Miller has bought into the entire ex-gay package deluxe, and he has the ear of the “first lady” of Northern Ireland.  Certainly the people there deserve better than to be subjected to our discarded failures.