VIDEO: Extreme Prophetic Ministries, a reactionary U.S. raise-the-dead ministry, rebukes a tornado and claims that they caused it to dissipate. In 2009, the ministry co-launched Uganda’s kill-the-gays legislation. Now, according to the SPLC, EPM supports imprisoning homosexuals in the Caribbean.

A report by the Southern Poverty Law Center says that several U.S. organizations — including an extremist ministry which claims to raise the dead and pray away the gay — are defending antigay imprisonment and defamation in Belize and other Caribbean nations. The same groups also oppose U.S. calls for respect for human rights. (Source: Washington Blade) 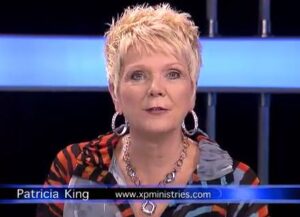 Of these groups, Extreme Prophetic Ministries — led by self-proclaimed Christian prophet Patricia King — is lesser known but potentially the most dangerous to human rights.

EPM ex-gay activist Caleb Lee Brundidge co-keynoted the 2009 conference which launched Uganda’s kill-the-gays legislation. At that time, we and Box Turtle Bulletin noted that EPM was already known for falsely claiming to raise the dead; two years later, in 2011, Box Turtle Bulletin reported that EPM was selling how-to-raise-the-dead videos for $215.

Standing with the pro-criminalization forces are U.S. groups and individuals that have rushed to join the fight. A local group, Belize Action, is headed by Waco, Texas-born Christian missionary Scott Stirm, who has railed against the “unacceptable” gay lifestyle, attacked alleged LGBT efforts to “go into the schools and teach our kids,” and claimed that gay tourists come to Belize for “a new exotic location in which to corrupt local youth for a dollar or two.”

One U.S. group, Extreme Prophetic Ministries of Phoenix, lists support for Belize Action as one of its projects. Led by Patricia King, the ministry has been known to pray in mortuaries in an effort to raise the dead. One of its ministers, Caleb Lee Brundridge, reportedly traveled to Uganda in 2009 for an anti-gay conference that helped promote a proposed “kill the gays” law there.

Belize Action’s website links to various U.S. activists who oppose gay rights. Those include anti-gay “researcher” Paul Cameron, who has produced a series of defamatory and entirely bogus “studies” that purport to show the depravity, violence and disease associated with homosexuality.

Both Belize Action and Extreme Prophetic Ministries declined to discuss their activities.

EPM’s weather-controlling magic spells and idolatry of the dead may make it appear benignly bizarre. But EPM represents an ongoing threat to the lives of sexual minorities in developing nations where far-right heresy, superstition, fake miracles, and scapegoating find an eager audience among poorly informed and disadvantaged communities.