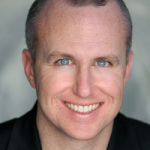 Exodus International President Alan Chambers has decided, over a year after the launch of the It Gets Better project, that he should support the campaign instead of condemning it.

In May, the ex-gay leader was livid that Toy Story character Woody was being used to promote the message that things get better for bullied teens. We figured out what enraged him so: The message and ministry of Exodus International depends on the opposite message — according to Exodus, it only gets worse until you submit to its religious agenda, renounce your “gay identity” and try to change your sexual orientation. Put simply, as long as gays are oppressed and miserable, Exodus remains in business.

Now, five months on, Chambers has realized he was wrong:

A few months ago I went on record criticizing the “It Gets Better” campaign that has gone viral with an anti-bullying message for LGBT teens. My criticism was over the use of “Woody,” the fictional star from the box office smash Toy Story trilogy. I reacted because I hate when iconic children’s heroes are used to further what I perceive to be adult causes. With further reflection and thought, though, I have to admit that I was wrong to question their marketing strategy without expressing my full support for what is the heart of their campaign – encouraging LGBT teens to choose life.

This slowness is nothing new to Exodus. In March 2009, Exodus board member Don Schmierer participated in a conference that fanned the flames of homophobia in Uganda. An announcement of the Ugandan “Kill the Gays” bill swiftly followed. Yet it was eight months before Alan Chambers weighed in to denounce the bill, a year before Exodus made an official statement and 15 months before Exodus issued a mea culpa taking some responsibility for Schmierer’s role in the conference.

Always too little, too late. If you’re a Christian leader and it takes you a year to realize that executing homosexuals is an idea worth fighting against, or that the lives of kids are more important than your religious agenda, it’s probably time for a radical reassessment of your values.