The National Association for Research and Therapy of Homosexuality (NARTH) is once again attacking the veracity of noted geneticist Dr. Francis S. Collins.  For a review of the history of this issue, please see the summary and links in our previous post.  The original NARTH article that started this is “Homosexuality Is Not Hardwired,” Concludes Dr. Francis S. Collins, Head Of The Human Genome Project” from 2007.

This latest effort comes in the form of an article identified as submitted to the NARTH website by David C. Pruden, NARTH’s Vice-President of Operations.  We will assume from here on out that Pruden is the author unless or until we receive information to the contrary (see below).  In it, this writer is painted as having wooed Dr. Collins into making statements favorable to a pro-gay position by “misinforming” him about NARTH.  Supposedly, by not telling him what a good and wholesome organization it is (cough), we hoodwinked Dr. Collins into perverting the science in our favor.

In the US, all correspondence to and from government agencies, such as the National Institutes of Health (NIH) where Dr. Collins worked (and is now Director), is archived and can be obtained by making a Freedom of Information Act (FOIA) request.  Apparently, four years after the fact, someone at NARTH got the idea to request copies of my email exchange with Dr. Collins.  While they did not quote from them, they did strategically paraphrase and then claim that I had misinformed Dr. Collins.

While all very cloak and dagger, they could have saved some effort and a stamp by simply reading the three year old post here.  We made that exchange public in its entirety, email headers and all, back in 2008.  As noted then, the original emails were not written with public consumption in mind, so they are a bit personal but nonetheless sincere and honest.

So what about the latest article?

NARTH provides no evidence, or clear argument to support that I “misinformed”  Dr. Collins.  Dr. Collins is a smart man and can clearly draw his own conclusions. The latest article is defensive and divisive, providing nothing new.  Furthermore, their claims are not relevant because XGW is not responsible for “representing” NARTH in a way that fits their own PR.  I simply asked Dr. Collins questions and he answered after reading the original NARTH article himself.

The people at NARTH are splitting hairs and have not added anything productive to the conversation. Furthermore, the issues around this topic are dated.  If there were anything currently newsworthy, it should have been reported in his recent article, but that clearly was not the case. 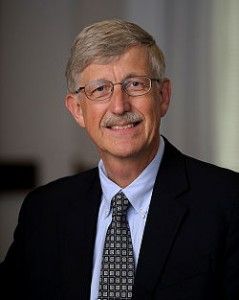 The real question is, why are they making all this fuss about a settled issue? Dr. Collins stated that the words used in that NARTH piece were “juxtaposed in a way that suggest[ed] a somewhat different conclusion than [he] intended.”  If NARTH had a beef with that, then why point fingers at me, rather than just go to the source?

Instead, they said he had the article “examined by external peer reviewers again and no evidence was found to support the aforementioned observation”. That means nothing. We went to the source, they did not. If NARTH wants to do a story, they should not have to dig up old material and try to reinvent it.

It should be noted that NARTH’s claim of “peer review” should be taken with a large grain of salt.  No one outside NARTH knows who serves on this alleged review board and it could easily be a group from NARTH itself.  One wonders what legitimate journal would bother.

Dr. Collins has confirmed and escalated his displeasure with this type of misuse of his work, twice to us and then once more forcefully from the NIH website itself:

It is disturbing for me to see special interest groups distort my scientific observations to make a point against homosexuality.  The American College of Pediatricians pulled language out of context from a book I wrote in 2006 to support an ideology that can cause unnecessary anguish and encourage prejudice. The information they present is misleading and incorrect, and it is particularly troubling that they are distributing it in a way that will confuse school children and their parents.

This was in response to a letter (PDF) sent out to all school superintendents in the country by a rogue activist organization called the “American College of Pediatricians” (ACPED).  This group was created when a handful of members of the genuine American Academy of Pediatricians (AAP) split off because the AAP was not anti-gay enough for them.  They maintain an appearance of validity only by virtue of name confusion with the reputable AAP.  The letter, with heavy contributions from NARTH, made essentially the same claims about Dr. Collins’ statements that the NARTH article had:

Dr. Francis Collins, former Director of the Genome Project, has stated that while homosexuality may be genetically influenced, it is “… not hardwired by DNA, and that whatever genes are involved represent predispositions, not predeterminations.” He also states [that] “…the prominent role[s] of individual free will choices [has] a profound effect on us.”

This was then used to back up their further claim from the included flyer (PDF):

So Dr. Collins’ rejection of this is essentially a third and even more forcefully stated rejection of NARTH’s similar mangling of his words.  What more evidence does one need?

For some reason, this particular point is very important to NARTH.  Even four years later they appear desperate to obfuscate this simple bit of information from a celebrated geneticist.  Then again, that is basically what NARTH does isn’t it, manipulate and weave legitimate science in with their own desperate message?  This is then used by various groups who need to be able to claim there is a genuine, scientific basis for their anti-gay efforts.

Groups like NARTH are fast becoming marginalized by a world that will no longer accept such a twisted message.  In turn, NARTH becomes more desperate to hold on to whatever semblance of relevancy they may have left — truth be damned.

Edited 3:38 PM EDT – changed references from David C. Pruden to NARTH as author.  Response from Pruden informed us that he did not write the article, but that it came from NARTH’s Executive Committee.