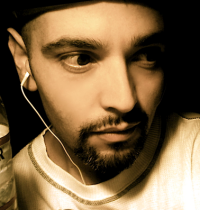 Ex-gay ministries depend on certain adversarial elements to inspire the commitment of their members. Although the majority will agree their members did not have a choice in their homosexual feelings, ex-gay ministries emphasize choice as the key factor in the re-orientation of these feelings. Biblical emphasis on purity, chastity, and self-sacrifice give the ex-gay person a sense of process. By making consistently “biblical” choices in the expression of their sexuality, the ex-gay person can experience a level of “freedom from homosexuality” albeit paid for in their own blood, sweat and tears.

My opinions are not founded on scholarly research; rather they come from my own personal foray into (and out of) the ex-gay movement. I have lived on both sides of the controversy. Not so long ago, I could not imagine making statements such as these. Perhaps the most controversial statement I can make regarding my change of heart is that it was borne out of an earnest exploration and thoughtful examination into the seeds of my own Christian faith. I started out with a very rigid picture of God. I knew the fear but not the love of God. My experiences in ex-gay ministry served only to affirm this narrow view of faith.

Set against a biblical contrast of right versus wrong, ex-gay ministries often draw a direct link between the quality of a person’s faith and their commitment to make a choice in the “straight” direction. This value system often results in the ex-gay person being caught by a cycle of perpetual self-evaluation. Compelled to dissect every thought, every word, and every deed into these black or white categories, the life of an ex-gay can become all about choosing sides. With homosexuality as the target, the goal then becomes to eradicate all thoughts and behaviors associated with “wrong” sexual attraction. This becomes the “calling” of the ex-gay person who finds their purpose in the process of self re-orientation. I believe this mode of thinking establishes a clear and distinct association between the effectiveness of God in a person’s life and that person’s ability to commit to ex-gay change.

As if it weren’t enough to instill such burdensome expectations, the constant emphasis on thought and behavior modification will in most cases develop into a deep-seated internal conflict. If feelings of sexual attraction are not a choice but acting on them is, the split between feelings and actions can leave a person feeling segmented, even disconnected from their true self. Ex-gay groups affirm this disconnect in their members, perhaps unwittingly convincing them heterosexuality is within their reach. If groomed properly, this disconnect can become so pronounced that in some cases the “reformed” homosexual will in fact be so far removed from their sexual attractions that to say they are “no longer gay” seems perfectly within reason.

In my opinion this may be one of the greatest flaws in ex-gay doctrine; that is, the idea that heterosexuality can be arrived at through the process of distancing one’s self from what are natural, intrinsic feelings of attraction. This is just not the norm in the process of development in human sexuality. In fact it is quite the opposite, as most people would agree a person’s sexuality is at the center of their identity and of the human experience. Self-dissociation from this core element would therefore lead to a loss of identity rather than the discovery of true self. I believe it is for this reason that those who subscribe to ex-gay thinking must remain connected somehow to ex-gay ministries in order to remain “ex-gay”. Without a strong internalized sense of self-identity, a person becomes dependent on external cues to help define their experience. The idea of the heterosexual goal must constantly be repeated, reminded, and reaffirmed. Group accountability sessions, prayer meetings, national conferences and the never-ending list of books, CDs, DVDs are resources proving vital to the survival of ex-gay ideology. I am personally acquainted with the prominence of ex-gay media (see I Do Exist) and can attest to the importance of their role in helping to promote the ex-gay movement.

Isn’t it time for ex-gay groups to stop using adversarial tactics when the real goal is the building up of our communities of faith? These tactics can only serve to divide and destroy the faith of the weak and alienate the most vulnerable. Why not try a revolutionary approach like loving your fellow man, or sharing as sisters and brothers in Christ? Let God take care of what you cannot give. Take up the cause of those who have been excluded by their churches, families, and friends. Make room at your table; invite someone to fellowship with you in your own home. Take the opportunity to get to know us and you will soon learn we are not so different.

As I have delved deeper and deeper into the mysteries of faith, I have found some sense of relief and a renewed sense of excitement at what the Bible has to say specifically to LGBT people. There is a message in the gospel of Jesus Christ that is best understood by those of us who have been oppressed by puritanical thinking. To my own surprise, this message is diametrically opposed to the messages of ex-gay ministry. Freedom is not found in striving, but in stillness. Joy is not found in hiding but in being open and true to our selves. Love is not borne in sacrifice but in mercy. Most importantly, healing does not come from our own efforts to mend what is broken; healing comes from knowing the one who gave his life for us.

I believe in prayer. I would ask us to pray for change in ex-gay ministries. I believe this change is already happening and there is an amazing window of opportunity here for us to heal the wounds that have driven so many in the LGBT Christians far from the faith. There is room at God’s table for all of us, but no one is going to show up without a genuine, caring and loving invitation. Take note that a good dinner invitation should not require anything from the guest. I believe this is what the gospel of Jesus Christ is all about. Besides, why wouldn’t you want us there…? Everyone knows LGBT people throw the best parties.