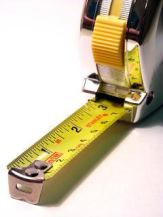 When my husband began reparative therapy I was quite anxious. He was “prescribed” weekly individual and group sessions. Initially, it was the idea of group sessions with other same sex attracted men which worried me. At the time, I couldn’t imagine how such connections could benefit him without foiling the goals of the therapy. The goal of the reparative therapy was to lessen my husband’s unwanted same sex attractions and replace those with opposite sex attraction. It was explained to me during my first individual visit with the therapist, that the group sessions provided the guys attending with a safe place to be transparent without fear of judgment. Ideally, and in the form of a secondary goal, my husband would progress to the point that he would no longer need group therapy because, in time, he’d learn to be comfortable and transparent with other men who didn’t share his specific struggle. I was also assured that there was a zero tolerance policy enforced when it came to inappropriate relations between group members.

In the beginning, I visited the therapist individually about once a month or so. During my first visit, I had two primary questions for him: “How long will it take?”, and “What are the chances that this will work?” During one of our early couples sessions, (the process involved a great many sessions, as you can imagine) we’d had the discussion and come to an agreement of what a “normal” sexual relationship would look like for us. The reply I received for a reasonable time frame for therapy to “work” was 18 months. I was told that my husband suffered from arrested development and was “stuck” emotionally at around the age of twelve-years-old. Unfortunately, based on several incidents that had occurred in the months prior to my husband revealing his secrets of attraction to me, this diagnosis made a great deal of sense to me at the time. As to the question of the chances of the therapy working for my husband, the answer was that it tended to be more effective for those who had more at stake. I was told that the motivation of staying married and keeping a family together was a primary factor in the success of many men in their battle against same sex attraction.

There were some bizarre strategies employed in my husband’s reparative therapy. However, I’ll attempt to put them in context lest it sound completely implausible that anyone could possibly agree to such methods. Tdub didn’t “come out” to me of his own free will. At the point he did come out, I had become suicidal due to the very troubled nature of the marriage as well as circumstances surrounding it. We both viewed reparative therapy as the only hope for our union. When something you deem holy, right, and good is on the line for you, it’s possible to lose touch with a bit of common sense. At least that’s how I now justify my almost unquestioning acceptance of some of the bizarre and risky practices that went on in our therapy experiences. It’s going to be easier for me to just list those, so here goes:

The therapist, who was always in stocking feet, would often rub his foot on Tdub’s leg (This occurred in couples session; I witnessed this.) I found this a bit awkward and, assuming it went on in his individual sessions, I asked Tdub about it. He admitted that it made him feel awkward at first but that he’d gotten used to it and it was just a part of the therapist’s “way”. He later went on to mention that the therapist sort of played the role of a father figure and was teaching them lessons about safe and affirming male touch.

I hope I’ve done a better job of stating plainly what I’ve experienced in this segment than the last. My narratives are only unique in that they come from a different perspective than has been told at XGW. It’s like the story of the three blind guys placed at various points around an elephant: head, tail, leg. Each were feeling the same elephant, but provided different bits of description based on their position in regards to it. I’d also like to add that my ex-husband is a personal friend, and he is supportive of my telling his story from my perspective. Further, I’ll clarify that I’d previously mentioned my Christian world-view not because I question the Christianity of any readers or fellow authors at XGW, but because I respect those who subscribe to other religious belief systems, and I believe an awareness of my Christian bias might provide insight to my perspective. I’m going to step back from this post after publishing it and not comment any further. It is what it is.

In my third and final installment of this series I will provide my current state of mind in regards to all of this.