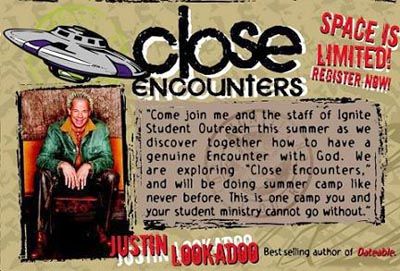 Scott’s goal is to encourage the evangelical church to reach out to youth grappling with their sexual identity with God’s radical grace and unswerving truth. He educates and trains college and youth leaders on this issue and currently oversees the Groundswell Conference — nationwide training seminars that equip community leaders with a powerful, redemptive response to the growing crisis of pro-gay initiatives in America’s schools.

(Via Wayne and Pam)

Update: An astute reader brought my attention to the camp’s “affiliates” page which had a single listing, Exodus Youth.