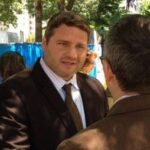 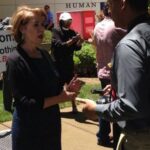 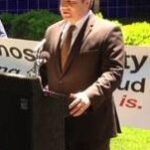 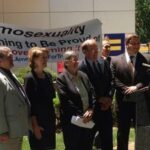 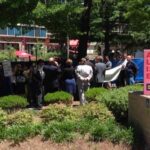 A small coalition of antigay activists met outside the Human Rights Campaign in Washington, D.C., to declare that “homosexuality is nothing to be proud of.”

Approximately a half-dozen people attended the event who were not obviously members of the local, LGBT, or Christian news media.

Press release by the antigay coalition

Afterthought: The purpose of this press event was to create right-wing and LGBT media buzz, appease antigay donors who continue to prevent pride celebrations in conservative cities; and to aid the Republican Party at IRS hearings. The objective was not crowd turnout; otherwise, the event would have been scheduled for a weekend, in a location where a crowd could gather, and not on a steam grate on HRC’s front lawn.In these respects, the press event achieved its objectives.