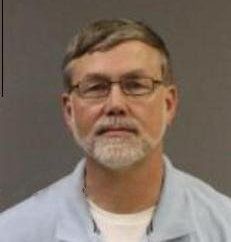 According to KSDK in Minnesota, Pastor Ryan Jay Muehlhauser of the Lakeside Christian Church  in Cambridge has been arrested and charged with eight felony counts of criminal sexual conduct on two men.  The assaults allegedly occurred over a period of two years.

The victims reported that they met Muehlhauser two years ago at an event held by Outpost Ministries.  Outpost claims to “help the sexually and relationally broken find healing and restoration through relationship with Jesus Christ.”  Until recently they were a member of Exodus International, but a comment on their Web site claims that they have “withdrawn from Exodus International due to theological differences, specifically regarding salvation and sanctification.”  The differences referred to presumably come from the recent changes at Exodus.

Earlier this year, we reported that Outpost had shut down based on information from Exodus President Alan Chambers.  This doesn’t seem to be the case as their site also contains references to the newly established Restored Hope Network (RHN), established as a splinter group to Exodus.

The assaults allegedly occurred during sessions in which is sounds as though the victims sexual orientation was the issue.  The descriptions of the “therapy” as well as the offenses, are all too familiar.

Victim ABC said in counseling sessions Muehlhauser “blessed” him by cupping his genitals outside of his clothing several times and that Muehlhauser asked the victim to arouse himself in front of him and called it, the victim said, “spiritual strength.”

It is unclear so far what kind of role ex-gay therapy might have played in Muehlhauser’s work at Lakeside Christian Church.  Until a few days ago, he was listed as a “senior pastor” on the staff page of their Web site, but is now missing completely.  The church has never come to our attention, but unfortunately there are far too many out there practicing this rogue form of “therapy” and, with tragic frequency, many are also using their encounters to satisfy the very urges they claim can be eradicated in others.

There is no doubt that some who read this blog still find themselves at odds with their sexual orientation.  We are here to inform, not coerce.  But if you should end up in some sort of ministerial or therapeutic setting where you are being asked to do or say anything that you find uncomfortable, please don’t feel you must submit.  No matter who the person is or why you are there, just leave, and report them if necessary.  No legitimate counselor or minister will ever put you in such a situation.