Do We Want a Gay America?

Have you noticed that America is becoming a gay nation? The land of the free and the home of the brave is morphing into a homosexual haven.Gay activists want much more than legalized gay marriage. Are you comfortable with their vision for our future?

Just look at the top programs on television or listen to the most popular actors and musicians. They are celebrating all things gay: gay marriage, gay adoptions, gay cruises, gay politics, Gay Days at Disney World, gay-friendly businesses and, of course, gay churches. And more and more Americans are applauding what was once considered perverse.

How did this happen? We have been naive targets of the most successful marketing campaign in history. … Pro-homosexual leaders realized the same truth employed by Hitler and Marx: To advance their agenda they must radically influence the hearts and minds of young people. 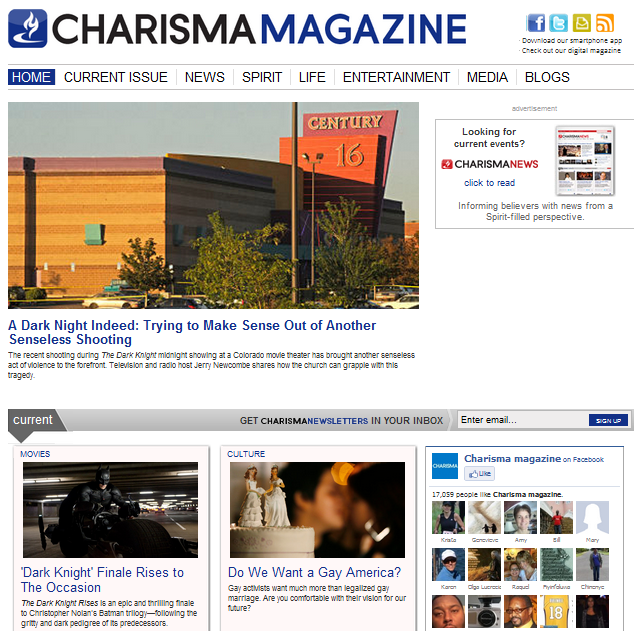 Its content is certainly ugly, and it is a timely reminder of Exodus’s extreme past. But it appears the article is actually from September 2004. Even if the Exodus rebranding is a 100-percent cynical exercise in lying to the world about the organization’s true face, I doubt Alan Chambers is stupid enough to sabotage himself in this way after doing his best to present a somewhat friendlier image to the LGBT world recently.

I do wonder why Charisma has republished it today, however. (As of writing, the article is front-page “Culture” news on charismamag.com.) Is someone at the conservative Christian publication trying to sabotage him by bringing up his past words?

It’s worth noting that as recently as this time in 2011, Charisma editor J Lee Grady held up Alan Chambers as a paragon of healing from homosexuality, and Chambers gave tacit approval by promoting the article on Twitter without comment.

UPDATE: Warren Throckmorton reports that the article has been removed. Chambers says it was edited and republished without his knowledge. He also said it was an article “I am embarrassed that I ever wrote.”

(Hat-tip for the original story to commenter Ben in Oakland.)