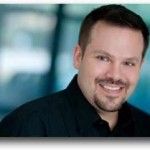 Two months after he announced he was no longer Vice President of Exodus International, Randy Thomas says he is stepping down completely as a staff member at the ex-gay organization.

Randy became Exodus’s part-time Director of Digital Media and Development in April. Now he has bowed to the “increasing conviction” that his “season” as an Exodus staffer is “drawing to a close.”

In a letter addressed to “Exodus Friends and Family” (which Randy posted publicly to his blog), Exodus President Alan Chambers wrote:

I wanted you all to be the first to know that Randy Thomas will be leaving Exodus at the end of July. You all know that God has been stirring up Randy’s desire to use his gifts, talents, creativity, experience and randomness in new ways. So far God has really blessed Randy with some outlets for those expressions. Randy believes that it is time to step out in faith completely! I agree. I have been talking and praying with Randy for a few months regarding his time at Exodus coming to an end and about the new things God has for him. I am really excited for Randy all the while feeling like my left arm is being amputated. It’s seems unfathomable that Randy won’t be working here, but, again, I know this is a part of God’s good and perfect plan for Exodus and him personally.

July 28 will be Randy’s final day with Exodus, after nine years. Before that, he was Executive Director of Arlington, Texas-based ex-gay ministry Living Hope.