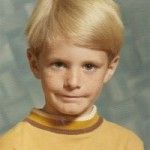 In 1970, a five-year-old boy named Kirk Murphy was subjected to an ex-gay experiment. Under the care of Dr Ivor Lovaas and George Rekers, then a doctoral student, of UCLA, he underwent therapy to eliminate supposed effeminate behaviors.

In 1974, Lovaas and Rekers jointly published a paper about the boy they renamed “Kraig,” heralding his treatment for “childhood cross-gender problems” a success and claiming he had been transformed from a gender-confused homosexual-in-waiting to a healthy, heterosexual young man.

On the back of this study, Rekers built a career as an anti-gay activist and a supposed expert in childhood sexual development. He co-founded the Family Research Council and championed reparative therapy to turn gay men straight.

Now Kirk’s story is in the media spotlight. Last night, Jim Burroway of Box Turtle Bulletin revealed the results of an investigation into the Rekers experiment and the real story behind “Kraig.” What Are Little Boys Made Of? contains extensive interviews with family members, and several supporting documents giving insight into Rekers, the study and its tragic outcome.

CNN has carried out a parallel investigation, the results of which will be aired in three installments of “The Sissy Boy Experiment: Uncovering the Truth,” beginning tonight (Tuesday, June 7) at 10pm ET on Anderson Cooper 360. George Rekers will appear.