I attended the “Join the Impact” protest of Proposition 8 at City Hall in the heart of Philadelphia, PA 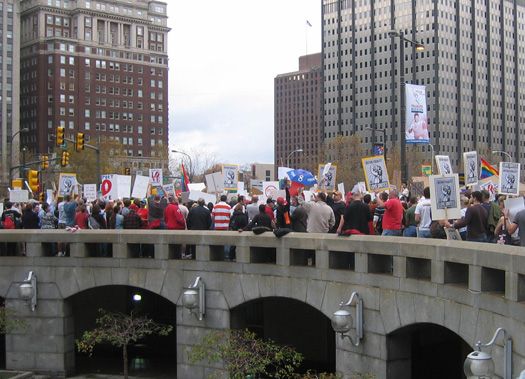 on Saturday. Getting there was a snap since I live in South Philly. I made 5 signs the night before and dragged them along on the subway, distributing all but one to the empty-handed once I arrived.

The protest was peaceful. A small police presence was there, but I suspect they were mostly there to keep the flow of traffic. Usually at our local gay events there are “Christian” counter-protesters, but I didn’t see any. City Hall consists of a large building in the center of a block, surrounded by open “public square” type space – benches, trees, stairs, and pavement. This is where we gathered. People came with many different kinds of creative signs. The crowd was diverse and included people of all different races and sexual orientations. Families brought their kids with them, showing the public a side of gay life many in the “pro-family, protect marriage” crowd willfully ignore. Chants included “Gay, straight, black, white – marriage is our equal right!” and “2-4-6-8 Separate the Church and State!” Papers were handed out with lyrics to the chants, and instructions for keeping the protest peaceful and safe:

There are likely to be homophobic counter protesters here today. Please do not engage them; part of their tactics is to antagonize and insult us, and taking their bait puts us all at risk. 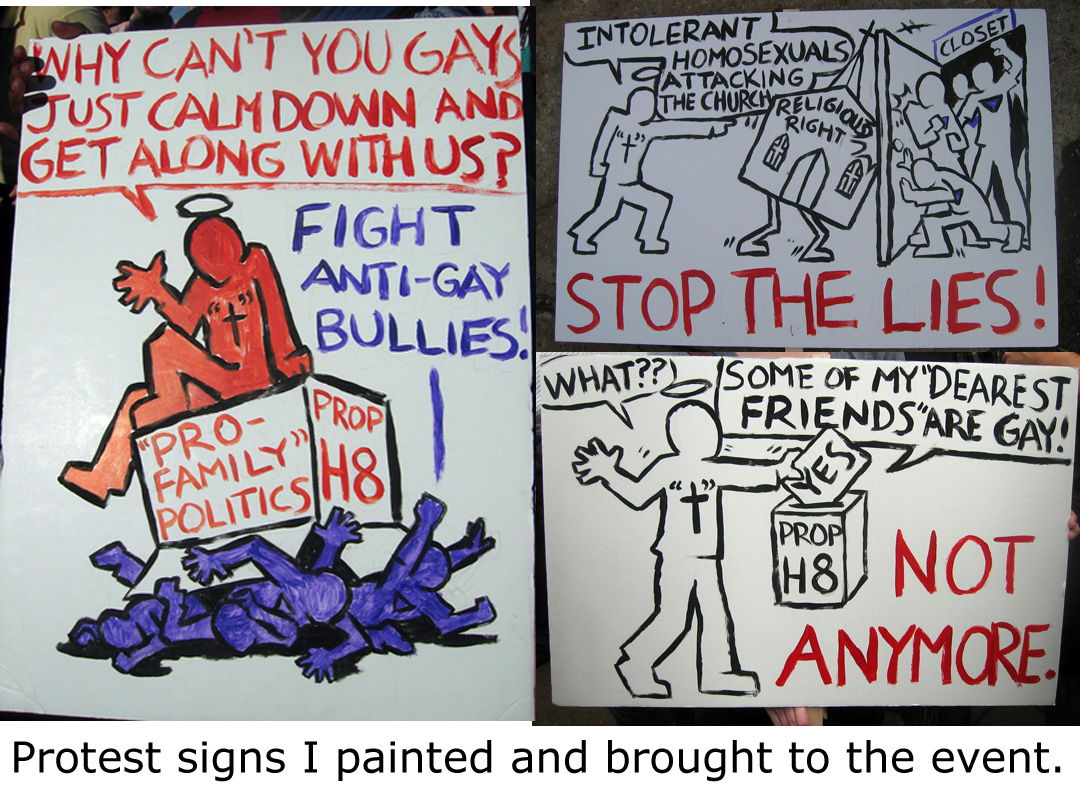 After we all gathered at 1:30, we stood and chanted for a bit and waved to the passing traffic. Then the hundreds in attendance literally took to the streets, encircling City Hall in a lane of traffic that seemed to be set aside for the protest.  We circled the building a couple of times before settling in the center of the square once again. Many honks of approval came from passing cars.

I took quite a few pictures and shot some video footage, some of which can be seen in this post. For the complete photo album, visit this link.

I thank everybody out there who participated in this historic international event. It was exciting for me to be a part of such history.