This week, the Southern Baptist Convention may formally consider a resolution mandating discrimination and ostracism toward transgender people.

The resolution was drafted by Denny Burk, an associate professor of biblical studies at Boyce College, the undergraduate arm of the Southern Baptist Theological Seminary in Louisville, Ky. 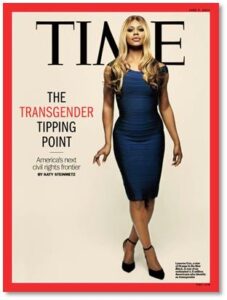 Not only does this resolution ignore common sense and ignore an established medical diagnosis, it cuts on a much deeper level.  It ignores that we as Christians are not called to condemn. The act of condemning the trans community is an act of arrogance and judgment. We are called to humble ourselves and love our neighbor as God has loved us.  When we start putting conditions on the love we show, as written in the resolution, “That we love our transgender neighbors, seek their good always, welcome them into our congregations as they repent and believe in Christ”, we move further away from the love God has bestowed on us.  God’s love comes to us without conditions and without reservation.

Beck, in his failed humanity, has forgotten what Paul told the Church in Rome. “Therefore let us stop passing judgment on one another. Instead, make up your mind not to put any stumbling block or obstacle in the way of a brother or sister. I am convinced, being fully persuaded in the Lord Jesus, that nothing is unclean in itself. But if anyone regards something as unclean, then for that person alone it is unclean.” Romans 14:13-14

If the SBC does pass this resolution, it will be another brick added to the wall it has already created between itself and a community that needs God as much as any community I know.  This resolution is not just a doctrinal stance for the church but it is an act of spelling out discrimination and prejudice in the name of God and it pains me as a Christian.