Newsweek.com this week throws its spotlight upon former ex-gay John Paulk, who in the 1990s chaired the board of ex-gay network Exodus International while producing ex-gay propaganda in a full-time job for Focus on the Family. With the support of Exodus and Focus, Paulk and his wife, ex-gay activist Anne Paulk, wrote several books promoting the virtues of heterosexuality and conservative Christianity. 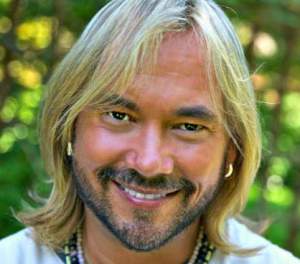 The gap between the life he advertised, and the one he actually lived, was growing. Paulk tells Newsweek:

“It’s funny, for those of us that worked in it, behind closed doors, we knew we hadn’t really changed,” he says. “Our situations had changed — we had gotten married, and some of us had children, so our roles had changed. I was a husband and father; that was my identity. And the homosexuality had been tamped down. But you can only push it down for so long, and it would eke its way out every so often.”

Ex-gay ideology is inherently self-destructive. It destroys the soul as well as the body.

The ideology mandates that one suppress hope for a life with romance, integrity, and grace — and replace that with a false hope in sexual denial, romantic repression, and theological correctness, all lived in fear of an ungracious and hypocritical church. Paulk recalls his final days in 2003 as a speaker on the ex-gay circuit:

“I would be in hotel rooms, and I would be on my face sobbing and crying on the bed,” he says. “I felt like a liar and a hypocrite. Having to go out and give hope to these people. I was in despair knowing that what I was telling them was not entirely honest. I couldn’t do it anymore.”

In the decade that followed, the world changed: Mr. P’s closed, to be replaced by a Moroccan restaurant called Marrakesh. Exodus shut down, although its global spinoff continues to support antigay persecution in the developing world. Focus on the Family’s fortunes plummeted. Marriage between people of the same gender became legal in 17 states. Facebook killed the weblog star. And Paulk became openly gay, and divorced from Anne.

In 2013, Oregon equality activist Roey Thorpe agreed with Besen that the time had come for Paulk to publicly repudiate the ex-gay movement. Thorpe told PQ Monthly:

“Thousands of young people have been forced into religious conversion programs, shamed into believing they are sinners. Families have been encouraged to reject their children, and queer kids end up on the streets or committing suicide. Others live silently, filled with shame. This is how the Paulk family has made their living. I have dear friends who have been through hell and are still exiled from their families because of John Paulk. It’s important for people to know who they are doing business with.”

Thorpe called upon Paulk to atone:

“I believe that people can change and that we need to recognize change when it occurs,” she said. “But even though John may be personally reconsidering his views, the fact that he has remained silent and not publicly renounced the ex-gay movement has allowed Anne to continue to earn a living as an ex-gay leader who lies about her family and her husband. It’s appalling that his silence perpetuates her lies and the direct damage to LGBT people and our families. It’s good that he wants to help the community, but it is meaningless until he speaks out and puts a stop to the bad things that are happening because of this lie.”

“Until recently, I have struggled all my life in feeling unloved and unaccepted,” Paulk said. “I have been on a journey during the last few years in trying to understand God, myself, and how I can best relate to others. During this journey I have made many mistakes and I have hurt many people including people who are close to me. I have also found a large number of people who accept me for who I am regardless of my past, any labels, or what I do.”

Paulk continued, “I no longer support the ex-gay movement or efforts to attempt to change individuals — especially teens who already feel insecure and alienated. I feel great sorrow over the pain that has been caused when my words were misconstrued. I have worked at giving generously to the gay community in Portland where I work and live. I am working hard to be authentic and genuine in all of my relationships.”

A year later, Paulk now tells Newsweek that he opposes any attempt to subject youths to sexual conversion therapy. But Paulk still defends the right of adults determine the course of their own therapy, even if that course is antigay.

Ex-wife Anne Paulk, now the spokesperson for the hardline ex-gay Restored Hope Network, responded to Paulk’s Newsweek feature on Facebook. The full text of that response appears below. Briefly:

Bussee tells Ex-Gay Watch that Anne should have checked her facts:

First of all, it hadn’t been a “very short time” that I “sought help”. I began trying not to be gay when I was about 9 or 10. Went to a variety of therapists about it before Exodus was even created. I spent years trying not to be gay. And I didn’t “leave the message”. I woke up to the fact that I wasn’t “changing” and neither was anyone else. They were becoming depressed, self-destructive and even suicidal. If I “left” anything, it was self-hatred.

And I didn’t have “many dinner meetings” with Alan Chambers. I met him only once, for lunch. And we had a very calm conversation. Chambers was already having serious doubts. Exodus was already imploding. He was fed up with NARTH. There were schisms among the Exodus leaders. There were internal conflicts over theology. Struggles for power. The horrible Ugandan “anti-gay” conference. His own admission that “99.9% don’t change their sexual orientation”. Survivors of “ex-gay” programs speaking out. Ex-gay leaders coming out.

She gives me way too much credit for “bringing the venerable organization down.”

Bussee also challenged Anne’s claim to support freedom of choice. “They want gay people to be able to ‘choose the direction of their life,’ but they refuse to condemn criminalizing and jailing them,” he said. “I give credit for Exodus’ demise to the courage of ‘ex-gay’ survivors and groups like Ex-Gay Watch (among others). The Lisa Ling special in 2013 just removed the last card that was holding the shaky mess up. What brought Exodus down? The fact is, it collapsed under the weight of truth.”

Friends, Newsweek just came out with an online article that I expected to be a hit piece and, indeed it is. I have several issues with the statements, beyond personal pain in reading my ex-husband’s comments.

Do understand that there is a political movement based on misinformation which is attempting to remove the option for kids and adults to resolve hurts in a way that is congruent with their Christian faith. Although attacking “reparative therapy,” rarely is reparative therapy explained. Also, various terms are used interchangeably that actually mean different things-conversion therapy, sexual orientation change efforts (SOCE) are all being attacked.

Based out of deliberate concealment of meanings, an activist political movement began out of California and then moved on to New Jersey. These two states passed laws banning therapy for youths under 18 and are now under judicial review. Many other states have refused to pass these laws, including Illinois and Washington, when it became known that those testifying for the laws prohibiting care were making up outlandish stories.

As far as therapy, John Paulk never went through reparative therapy himself. Nor did Alan Chambers go through reparative therapy. Among many other problems, the Newsweek article stated: “Michael Bussee and Gary Cooper, two of the co-founders, left the movement in 1979 to be in a committed relationship with one another.” It is true that they left the message after a very short amount of time seeking help. Bussee had been a strong opponent since and perhaps it was through the many dinner meetings with Alan Chambers, former President of Exodus, that he was finally able to bring the venerable organization down.

According to the true founder–Frank Worthen, John Evans simply attended a support group meetings a few times, but was never a founder of Love in Action. There are many more things I could write, but most importantly, one must always consider the source of the information. If you hear weight loss programs don’t work from someone who has abandoned the goal of weight loss, you will hear a very skewed view. So it is here. If you really want to know about success in leaving the gay life and identity, seek out those who have done so.

Below is Restored Hope Network’s formal statement given to Newsweek:

What Restored Hope Network predominately has to offer is Christian discipleship, pastoral care counseling and referral to additional care with licensed Christian counselors for those with unwanted same-sex attraction who generally find those feelings in conflict with their Christian faith. We, at Restored Hope, are happy to continue to care for those who are seeking help in aligning their life with classical Christian sexual ethics. Although some choose to return to homosexuality, others who have chosen to leave that life and thrive. My life would be one example of the latter.