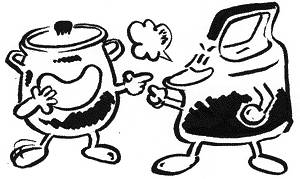 This press release from Exodus caused me to laugh out loud:

Exodus International will join several other national organizations to protest the American Psychological Association’s (APA) increasing political involvement at its national convention this Friday, Aug. 11, in New Orleans. In recent years, the APA has moved away from its mission to improve the welfare of its patients in favor of a more political one.

I don’t see how they issued this with a straight face (in more ways than one).

What’s this next photo? Why it’s Randy Thomas (Exodus membership director and “Robin to Alan’s Batman”) speaking at a Florida marriage amendment rally. Oh and lookie here at the section of the Exodus website devoted to marriage initiatives. 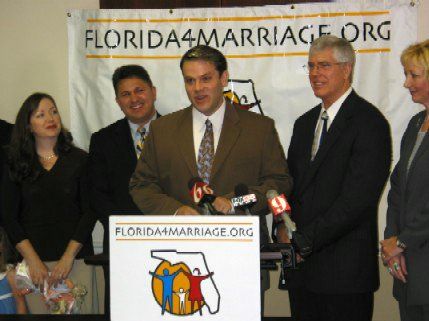 Evidently nobody at Exodus has read the APA’s mission statement which begins:

The objects of the American Psychological Association shall be to advance psychology as a science and profession and as a means of promoting health, education, and human welfare…

APA advocacy is guided by the philosophy that public policy should be based on available scientific knowledge, and that psychological research can contribute to the formulation of sound public policy to address specific social problems and improve human welfare.

Evidently it’s just Exodus that thinks the APA’s one and only goal should be “to improve the welfare of its patients.”